The CADRI Partnership engagement in Togo

The CADRI Partnership engagement in Togo

Togo is facing frequent disasters due to the effects of climate change. These risks are further compounded by the volatile security situation in the Sahel region, which threatens northern Togo.
The government called upon the CADRI Partnership to strengthen national systems to be better prepared for emergencies and protect its population and economy from disasters and climate change impact.

In Togo, a coastal country in West Africa, the threat of flooding, drought, landslides, and biological hazards is increasing due to the effects of climate change. These risks are further compounded by the volatile security situation in the central Sahel region, which threatens northern Togo at the border with Burkina Faso. The central Sahel region is facing a fast growing displacement crises.

Recurrent disasters such as devastating floods, and now COVID-19 have seen a deterioration of the population’s food and nutritional status. Today in Togo nearly 1.3 million (22 percent of the population) require humanitarian assistance, and more than 20 percent of children under the age of five suffer from chronic malnutrition.

Men and women, boys and girls are affected differently by disasters. Population living in the Savanes, Kara and Central regions have less access to social services and safety nets at times of disasters. Women are more vulnerable to disaster and climate change impact. Poverty incidence is higher in female-headed households, and women have fewer economic opportunities and less access to education. Likewise, children’s health and nutrition status are deteriorating at times of disasters and the protection of homeless children is of particular concern.

Special attention must be given to strengthening national systems to cater to the needs and demands of the most vulnerable population groups.

This is what we do at the Capacity for Disaster Reduction Initiative (CADRI). An UN-IFRC partnership committed to supporting multi-sectoral approaches to reduce disaster and climate risks, CADRI is a part of the UN-wide effort to leave no one behind, supported by the Government of Luxembourg.

Responding to a government request to the UN Resident Coordinator in 2019, the UN System called upon CADRI to mobilize a multi-disciplinary team of experts in food security, health, land planning, human settlements, infrastructure, and gender and inclusivity to help identify ways to improve disaster risk reduction and management systems in the country.

The CADRI Partnership deployed 7 UN experts from FAO, IOM, OCHA, UNFPA, UNDP and WFP, and two government experts of Senegal and Cameroon mobilized through the UN Disaster Assessment and Coordination (UNDAC) mechanism. They were joined by 12 experts from the Government and nine experts from the UN System in Togo, to jointly facilitate a diagnosis of national capacities in disaster risk reduction in December 2019.

The diagnosis exercise was led by the National Agency for Civil Protection (Agence Nationale de Protection Civile, ANPC), as the lead government agency for disaster management in the country.

Looking at national and local capacities

In the space of two weeks, the team met with 94 government and non-governmental structures including ministries, municipalities, private sector entities, and civil society organizations to gather their views on priority areas to be addressed to improve the country’s disaster risk reduction system.

A recurrent risk in Togo is the flooding affecting the three main river basins. The country experiences flooding almost every year, destroying part of lands and infrastructure, and leading to sporadic displacement of populations.

Togo is also affected by cyclical droughts, particularly in the Savanes, Kara, Maritime, and Eastern Plateaux regions, which have a strong environmental impact leading to land degradation and loss of biodiversity as well as frequent wildfires.

Identifying and understanding hazard patterns and prevalence as well as multidimensional vulnerability to these hazards is central to better prevention, management, and recovery from disasters. In view of the prevalence of hydro-meteorological hazards, the Togolese Meteorology Agency has a central role to play to cater to the demands of the different socio-economic sectors for climate information services. 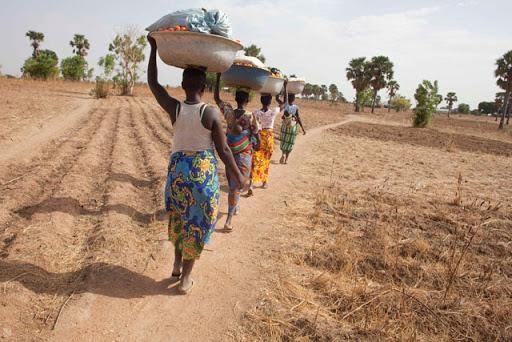 The Togolese economy is driven by public investment in infrastructure, expansion in the construction sector, and improved agricultural productivity, all sectors which are vulnerable to disaster and climate change impact. The CADRI capacity diagnosis, therefore, prioritized four key sectors: agriculture and food security, infrastructure, land use management, and health, in line with Togo’s National Development Plan (2018–2022), and the new 2020–25 Government Roadmap.

The country relies heavily on commercial (cotton, coffee, cocoa) and subsistence agriculture which employs nearly 65 percent of the labor force. To increase the resilience of the sector to exogenous shocks such as floods, drought and epidemics, climate-smart agricultural practices must be scaled up. In view of the deteriorating population’s food and nutritional status, a national food and nutritional security strategy must be operationalized to better target the most at risk population groups.

To promote resilient infrastructure, it is recommended that every region adopts a plan to guide integrated infrastructure development (transport, drainage, water, waste) underpinned by stronger synergies between the Ministry of Public Works, the National Directorate of Meteorology, and the Directorate of Cartography to ensure that reliable data inform the design of civil engineering works.

Significant progress was made in the flood early warning system with the support of the National Red Cross Society. Additional structural preventative measures are required in the area of urban planning with the adoption of regulations to prevent construction in at-risk areas and enhancements in the waste management system. Such measures must be complemented with public awareness and community efforts to prevent waste from blocking drainage systems during heavy rains.

Togo faces a variety of water and vector-borne disease outbreaks such as cholera and malaria which are often triggered by floods. The country was not spared by the global COVID-19 pandemic. COVID-19 restrictive measures have had an indirect negative impact on the agricultural sector, as well as on the education and nutrition status of children.

The capacity diagnosis highlighted the need to strengthen the epidemiological surveillance system and to improve coordination between the ANPC, the Ministry of Health and other sectoral ministries in the management of early warning systems and public health emergencies.

On 22nd June 2021, the government validated the findings and recommendations identified during the diagnosis mission with the support of the CADRI Partnership. The government unveiled 85 priority actions. The analytical mapping of national programs and partners interventions revealed that 12 projects already directly contribute to the implementation of priority actions.

The prioritized recommendations will inform the new National Disaster Risk Reduction Strategy and will be the foundation for its action plan.

As a direct follow up to the capacity diagnosis, an inter-agency team composed of experts from FAO, IOM and OCHA is facilitating a cycle of practical training sessions in Disaster Risk Reduction. The first round of training on 23–24 June 2021 will focus on addressing one of the most immediate recommendations of the capacity diagnosis: the development of a harmonized methodology and approach to assess needs for humanitarian assistance.